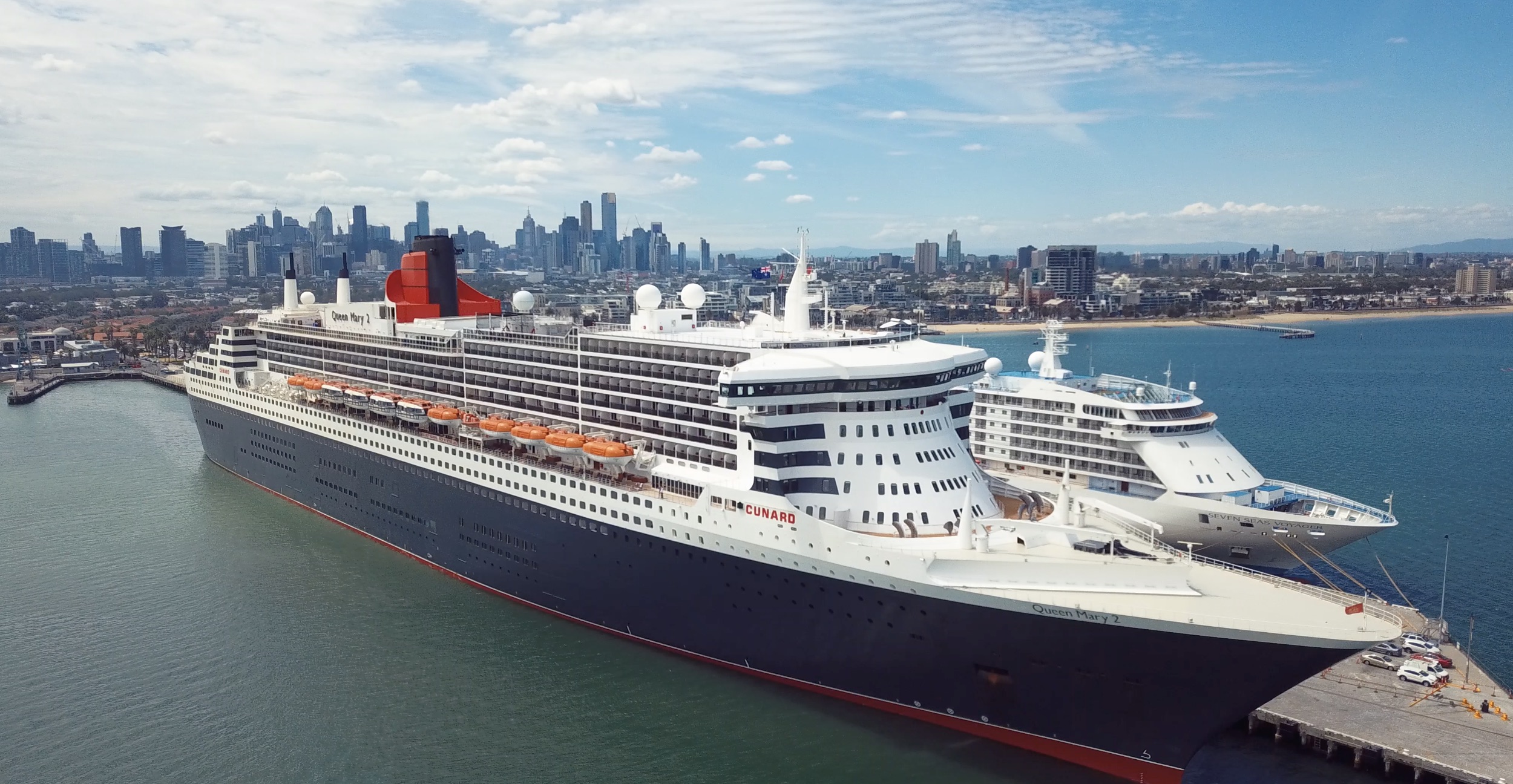 Cruises out of Melbourne are a popular choice to unwind and escape the rat race, or embark on a longer onward journey. Can you imagine taking off on a cruise at the last minute by a romantic gesture purchased by your other half! Our cruises depart domestically to Sydney, Tasmania, Adelaide, and Fremantle or longer international departures. Popular destinations abroad include sailings to the South Pacific (New Caledonia, Vanuatu, Fiji), Asian countries including Singapore, Vietnam and Thailand or a Kiwi option to New Zealand.

Themed Cruises are a popular choice with Comedy and Food & WIne Cruises a great way to escape the city including free entertainment and educational presentations. With a number of 2 and 3 day short cruises available, your long weekend or quick getaway can be spent in style onboard an amazing cruise ship at sea.

Take your pick on board one of these cruise liners:

Departures from Melbourne occur during the main cruising season from November to April. Book early to avoid disappointment. If you haven't been on a cruise before - you wouldn't want to miss out!

Popular Cruises include quick getaways to other Australian cities like Sydney, Adelaide and up the Queensland Coast. Cruises to Tasmania are another highlight taking in Port Arthur and Hobart. Cruises to New Zealand are also catered for as are many Asian destinations for the perfect holiday. Itineraries to the South Pacific are high on the list of many Melburnians wanting to escape the winter weather. Departures usually include stops such as New Caledonia, Noumea, Vanuatu, and Fiji depending on the itinerary and length.

Melbourne's main cruising season is November to April although ships also visit during other periods and special events such as the State of Origin Cruise.

Cruises into Victoria dock at Station Pier which is located approximately 4 kilometres from the Central Business District (CBD / Downtown).

Public Tram
Catch the 109 Tram (towards Box Hill) from Station Pier to the CBD. Stops 5 & 6 are recommended for the best central locations to explore. Fares are approximately $3.58 for a 2 Hour Adult Ticket.
If you're in the CBD / Downtown be sure to check out the FREE City Circle Tram for a great introduction to the Victorian capital.

Taxis
The Central Business District (Downtown) is located about 10 minutes from Station Pier.

No parking is available directly within the Port. Locations scattered close to the Port can be used for Short Term. Refer to Parking signs for times and restrictions.

Port Melbourne is a great little area for restaurants, with a small selection of boutique stores. If you are after extensive shopping and restaurants, it is best to head to the CBD or Southbank area. Crown Casino is also another option for fantastic dining and entertainment. High class stores are also located within the casino such as Prada, Luis Vuitton, and Chanel.